Show Me a Hero

One of my favorite parts of this job is the fascinating people I meet in the affordable housing industry. As a broker I need to be constantly working to understand as much of the market place as possible, and this means meeting with and talking as many owners, developers, managers and specialized vendors as possible. Most of these folks are entrepreneurs who need to apply high levels of creativity to their business. This fact is true across real estate sectors, but our business brings another interesting component; the public-private partnership. I have been fascinated by this partnership for entire professional life; creative entrepreneurs working with government programs to fulfill a fundamental societal need in housing, while making good money along the way. I set out to serve this sector as a deal maker and have met hundreds of fascinating people ever since.

I’d like to think this experience helped my pick out the developer character right away when watching the new HBO mini-series, Show Me a Hero, but that might be more from the filmmaker’s talent than my own knowledge of developer character traits. Either way, I feel it is a testament to a program you will certainly enjoy if you are reading this blog. The show tells the story of a new mayor facing a viscous battle over federal-court ordered low income housing development in mostly-white, upper middle class section of Yonkers, New York in the 1980s. The subject matter is particularly interesting to those in our industry, but told through David Simon’s masterfully entreating lens. Fans of The Wire will know the style Mr. Simon brings to the table- an unmatched ability to tell important stories of modern urban life through empathetic portrays of all involved, in the case everyone from tenants in the city’s public housing, to the developer tasked with designing new properties, to the residents who viciously oppose the developments. You will see people you recognize from your life in this business when watching the program. You will likely be entertained, and perhaps will leave with a rejuvenated empathy for all the parties your work touches.

The show reminds me of a deal I often refer to in casual conversations about my work with those outside the business. One of the first major affordable housing deals I sourced was the Foxview apartments, a 373 unit, project-based Section 8, HUD 236 property outside Chicago in Carpentersville, Illinois. The family that owned the property was looking to sell after their primary business, a major home builder, filed for bankruptcy. This was 2007, when the housing market had thoroughly crashed but the tax credit market was still alive and well. I caught wind of the deal and assembled to team to win the business and market the property. We produced eighteen offers on the asset, all from tax credits developers. By the time a sale agreement was finalized, it was early 2008 and Fannie and Freddie stopped buying tax credits (nearly half of a billion dollar market). As the economy continued the downward tailspin that year, the deal seemed more and more uncertain. Ultimately we got to the closing table, but at much lower price for the seller, and no tax credit investor. The LIHTC equity was provided in the form of a seller note.
I tell this story as an example of how our business, and that financial crisis impacted so many different parts of society. The property owner lost millions of dollars in value virtually over night. The buyer spent numerous hours and dollars putting together a deal that was barely held together and produced far lower investment returns, if any, that what was anticipated when they started the project. My team’s fee was dramatically cut. Multiple construction jobs were nearly evaporated from the rehab that almost didn’t hap, and nearly four hundred low income families nearly missed an opportunity to have their homes improved to better their life, community, and place for their children to grow up.

The intent of this blog is provide an avenue to tell a deal’s story. We will continue to produce flyers providing the numbers behind a transaction, but this will be the place to learn a
little more about how those numbers came to be, and maybe occasionally something about the people involved. My work isn’t charity, but I and my team feel a responsibility in our dedication to a business that serves a vital social need. We make markets for the people I respect the most, the owners and developers who create these properties, so that they can make good, fair, investment returns, rewarding them for their efforts and attaching more bright minds to the field. The investments we sell are so much more than numbers on a page, and a film like Show Me a Hero is a great reminder of this. I recommend the show whole-heartily, and look forward to discussing it over our next closing dinner. 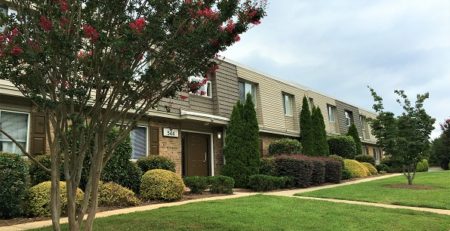 We are pleased to announce the sale of Kensington Village Apartments, a 142-unit multifamily apartment property in Winston-Salem, North... read more

The Multifamily & Affordable Housing Business regional magazine covers the full spectrum of news and trends analysis in the... read more